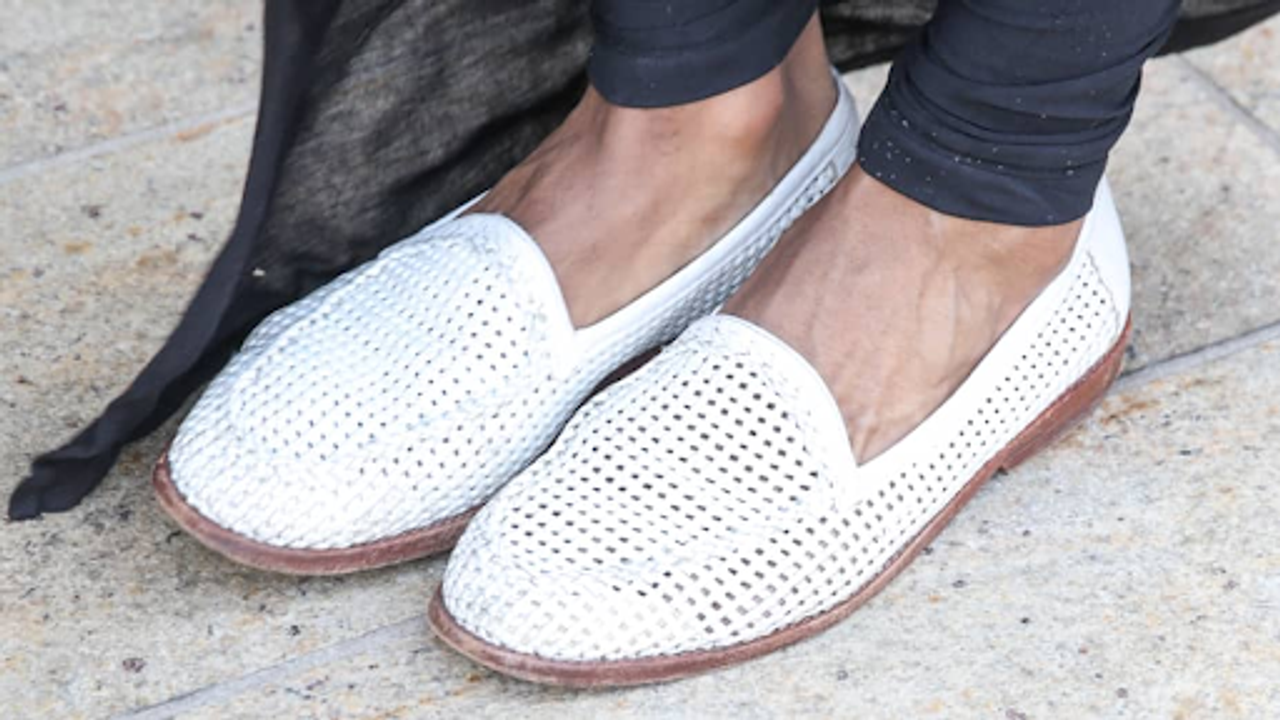 For a brand that produces so many eye-catching shoes, Cole Haan is criminally underrated. Celebs of all sorts have turned heads in their Cole Haan shoes including Prince Harry and the late Maya Angelou.

But apart from the brand’s fashion sensibilities, Cole Haan deserves recognition for its orthotic friendliness. The footwear company has produced orthotic-friendly shoes for nearly a century now. If you have orthotic needs, a pair of Cole Haans may very well be what you need.

Cole Haan was born way back in 1928, starting out as a men’s footwear company. The company’s name comes from the last names of its founders - Trafton Cole and Eddie Haan. The interesting - and perhaps, mysterious - truth about Cole Haan’s history is that much of it is quiet. The brand experienced major success initially, its revenue rising 14% to $686.6 million that year. Its profit jumped 43% to $33.1 million.

It took nearly 50 years for the company to reach its next major milestone. In 1975, a group of partners headed by CEO George Denny purchased Cole Haan. This move put the foot on the gas pedal. Four years later in 1979, Cole Haan entered the women's footwear market, selling bright and bold coloured shoes before expanding into women’s apparel and accessories.

In 1982, Cole Haan launched a retail division comprising more than 40 stores. By 1988, Nike acquired the brand, giving Cole Haan a wider appeal and international recognition and reached nearly $70 million in annual sales. At the turn of the millennium, Cole Haan became an early adopter of ecommerce, launching an online store in the year 2000. In October 2013, Cole Haan relocated to their headquarters from Scarborough, Maine to Greenland, New Hampshire.

Now that we’ve given you the backstory on Cole Haan, here’s what you need to know about its orthotic-friendly status. The brand has produced several shoes that are innately orthotic-friendly and that support orthotic solutions.

If you were to comb through their product listings, you’d find a very wide range of comfortable shoes for men and women with all sorts of orthotic features. Almost all of their shoes have removable footbeds so that you can insert custom orthotics. However, there are features in particular which many Cole Haan shoes have that contribute to healthy, happy feet.

The most comfortable shoes for men and women are ones that feel weightless or at least, don’t feel like a chore to wear. Lightweight shoes take pressure off of your feet, and make walking feel smoother and less burdensome. Cole Haan shoes are typically constructed with lightweight materials so that you can walk for long distances without too much strain.

Every step you take (no, we’re not about to sing that song from The Police), puts stress on your feet. They are resilient to the daily stresses of walking, but the wrong shoes intensify that pressure and may cause discomfort.

Responsive cushioning allows you to feel the ground but gives each step a plush feel of comfort. This is essential for people who are active but need protection against excessive pressure.

Shoes protect us from dirt and debris that can damage our feet, but they often work against the natural motion of our feet. This leads to fatigue.

Many Cole Haan shoes feature design and engineering that mimic the natural motion of your feet. This preservation of natural foot movements helps your feet move the way nature intended, meaning more energy and less discomfort.

If you look at pictures of Cole Haan’s shoes, you’ll notice a few characteristics or themes in their design. They’ve got a thing for colour juxtapositions - nothing out of the ordinary but many of their shoes combine neutral, conservative ones with brighter, bolder ones.

A typical shoe will feature a base colour (often a conservative one) with a different colour for its sole (usually a bold one). For example, we’ve seen white with pink, black with blue, brown and red, and so forth. Of course, many of their shoes come in standard, straightforward monochrome (single-colour) schemes.

Another feature Cole Haan has is an affinity for patterns, especially for their dressier shoes. Brogue patterns are common for both men’s and women’s dress shoes. For their more “smart casual” shoes, a trendier design we’ve seen a lot of is a knit style, that gives the shoes a mesh-like design. These shoes often have unique colour combinations as well.

We carry a fairly wide range of Cole Haan shoes, but a few of our offerings are standouts. They’re favourites because they offer a great combination of style and comfort. They include: 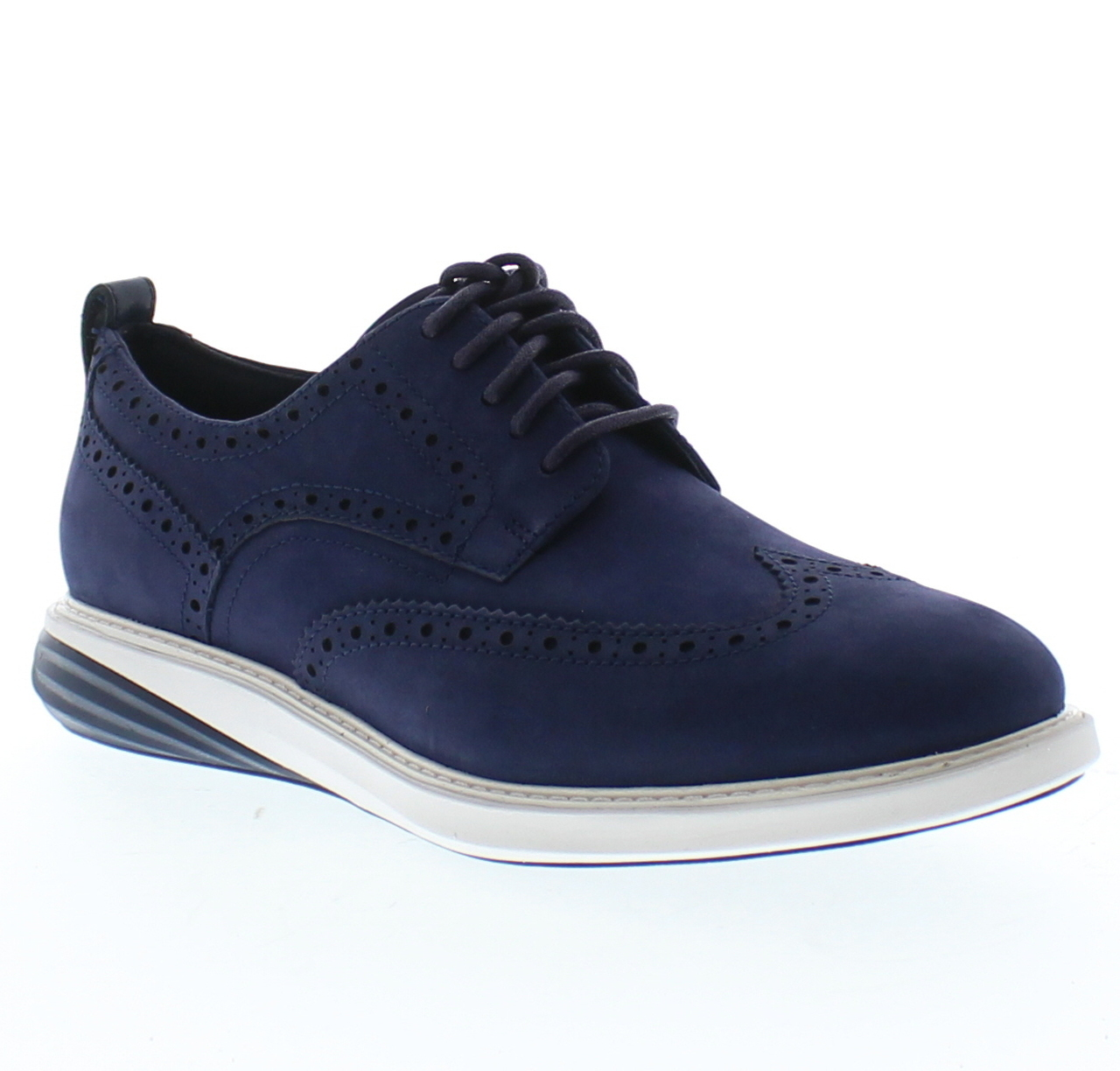 These shoes come with dual-density foam cushioning which offer a high level of shock absorption and a plush feel. They’re also lightweight, flexible and formulated with a lining to prevent heel discomfort. You’ll also notice the style here - a dark blue contrasted with white and a brogue pattern throughout. 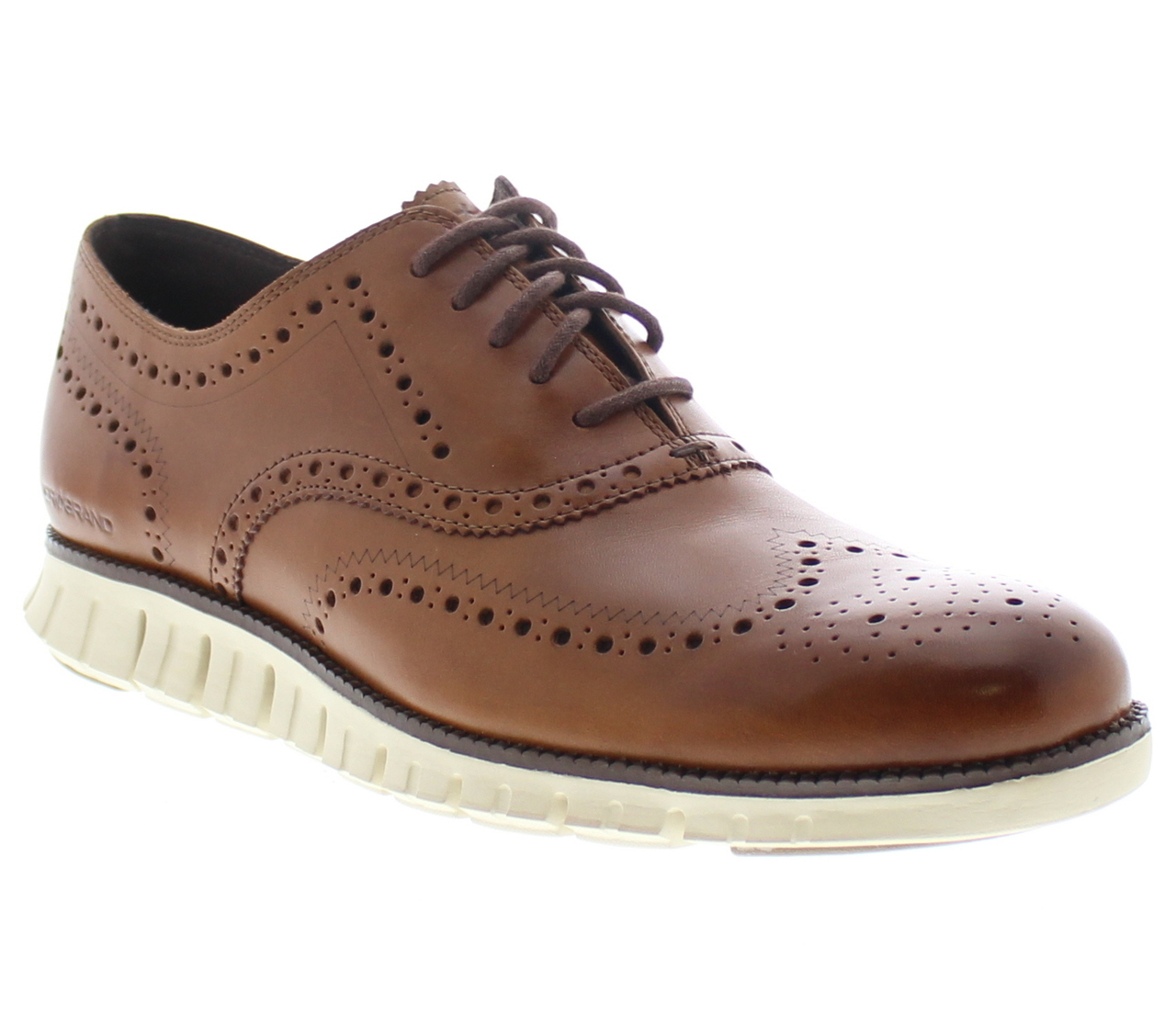 These dressier shoes come with a lined interior to prevent skin irritation. More importantly, they’re fitted with special cushioning technology that takes the pressure off of the foot with each step. Design-wise, they’re coloured in a classic light brown and white but feature an intricate brogue design.

Cole Haan - A Symbol of Class & Comfort for Men & Women

Cole Haan has enjoyed nearly a century of success and for good reason. Not only do they make incredibly stylish shoes that have been worn by influential people, but they also make shoes that are comfortable for the average man and woman. If you’re looking to combine style and comfort, then you should consider getting a pair of Cole Haan shoes. Your feet will look as good as they feel.

Looking for a pair of Cole Haan shoes for your orthotic solutions but unsure where to start? Get in touch with us to help you find the perfect fit!