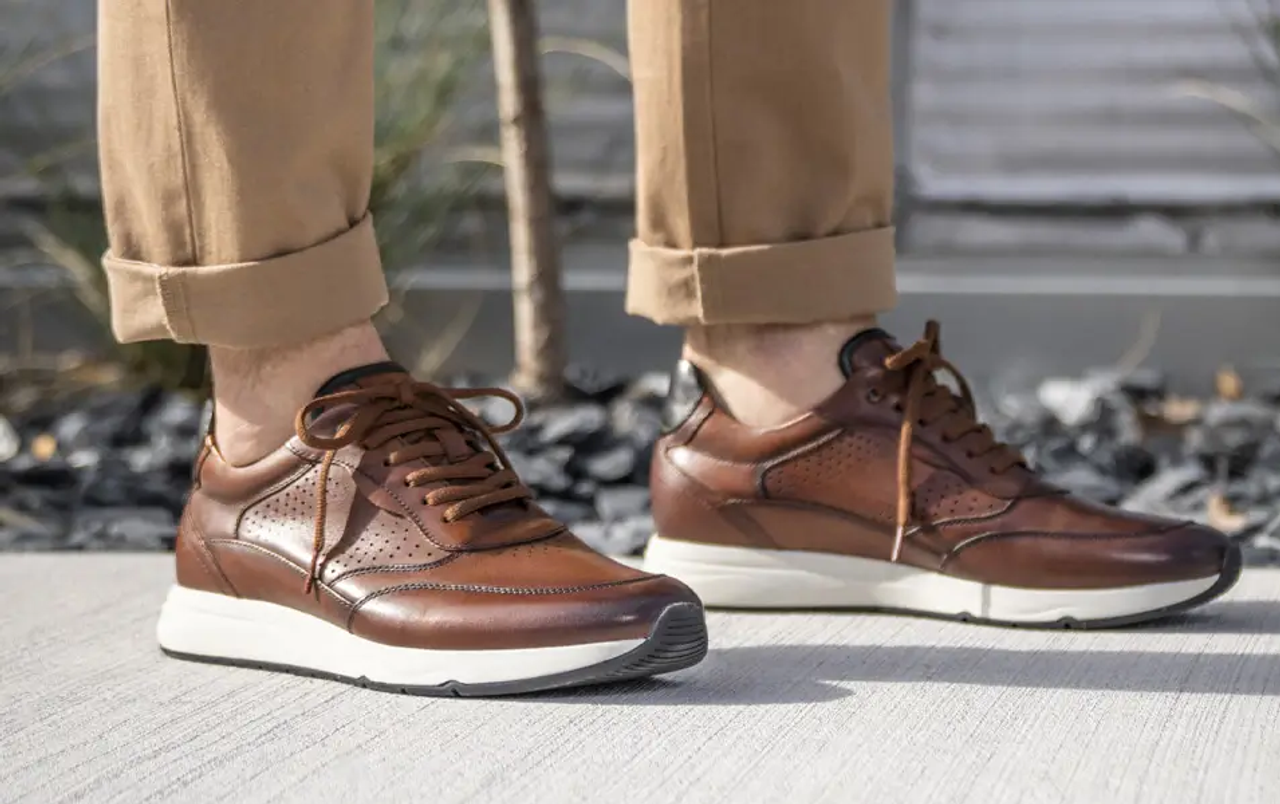 The name may sound new to you, but this footwear company has walked the Earth longer than your grandparents have. And for a brand worn by the late and legendary Michael Jackson, it deserves more clout.

We’re talking about Florsheim shoes, a maker of orthotic shoes for men that has existed since the late 19th century. If you’re looking for a pair of orthotic-friendly shoes, you should consider Florsheim as a serious contender.

They know more than just a thing or two about keeping your feet comfortable.

History of the Florsheim as an Orthotics Friendly Shoe Brand

Florsheim has achieved some other notable feats during their long tenure, including one really incredible one earlier on in their history. During The Great Depression (1930s), the company amassed an astounding 2,500 employees, 5 factories, 71 retail outlets, and 9,000 dealers along with a network of regional wholesalers. That’s why the Florsheim brand deserves to have respect put on its name.

Florsheim has had roots in providing, or at least, supporting, orthotic solutions from the earliest days of their existence. As was mentioned in their history timeline above, they introduce the usage of x-rays to help customers find the best-fitting shoes. Although this method is a bit dated by today’s standards, they were pioneers in making comfortable shoes.

Fast-forward to now, things haven’t changed. Florsheim doesn’t invest so much into advanced or cutting-edge technology as other brands have, but they do craft shoes that are orthotic-friendly nonetheless. Many of their shoes feature components that provide comfort and support to the foot or allow customers to insert orthotic solutions in the shoes.

Florsheim also adds little orthotic touches here and there such as leather linings. They add cushioning and feel comfortable, which is a welcome addition for times you have to wear these shoes for long periods.

If there’s one word we could use to describe Florsheim shoes it would be “elegant”. Just take a look at Florshiem’s product lines. A quick glance at their shoes will show an affinity for detail, making sure that minute elements “pop”. With that said, Florsheim shoes aren’t exhibitionist displays of shoe design, but rather, subtle displays of craftsmanship.

They don’t go overboard with colour.

A typical Florsheim shoe will feature one colour or two shades of the same colour (monochromatic theme). Some shoes will have a base colour (ie. blue) for the body of the shoe, and a contrast of colours, perhaps for the sole (ie. white) and near the sole (ie. beige). But their colours are fairly straightforward.

However, their design focus is on stitching and weaving. Since many of their shoes are dress or smart casual, you can find various styles of stitch patterns and decorative broguing designs. They’re the kind of designs that make you want to hold the shoe up close while you turn it around to appreciate its details. A good number of footwear brands who make orthotic-friendly solutions often forfeit classy designs for comfort. Florsheim, on the other hand, has learned how to blend orthotic-friendliness with aesthetic appeal.

Just take a look at some of Florsheim products we carry here at Orthotics Direct:

Florsheim has created a reputation that stands the test of time. Their shoes are not only designed with the utmost artistry, but they’re also made for individuals with orthotic solutions in mind. If you’re on the market for a shoe that will turn heads but also feel comfy, you owe it to yourself to try a pair of Florsheims. You’ll give yourself the perfect blend of class and comfort.

Looking for shoes that are at once classy yet orthotic-friendly like Florsheim? Take a look at our selection of brands to find your ideal fit!