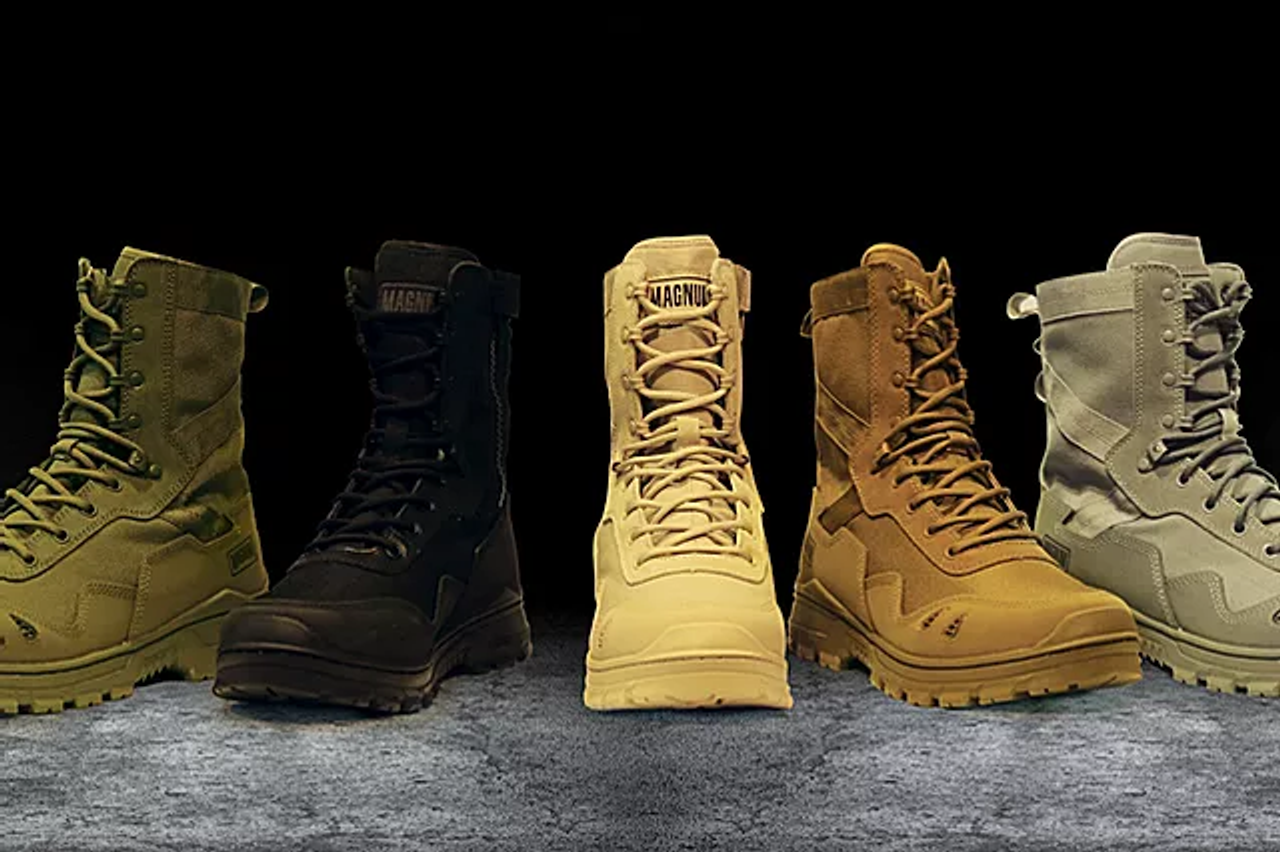 Tough-as-nails jobs require tough-as-nails footwear and few brands meet those requirements like Magnum does. Compared to other brands, Magnum is a relatively “young” brand, but their influence and image is that of a more established brand that’s “lived” for twice as long, even more.

They’re in the business of making footwear for the brave men and women who work in some of the toughest industries you can think of. Military, industrial, law enforcement and fire & rescue personnel all rely on Magnum footwear for support, comfort and strength in the face of danger. With that said, here’s what you need to know about this tactically-focused brand and how their shoes provide orthotic support.

History of the Magnum Brand

Magnum continues to enjoy major success and recognition worldwide. The brand is sold in over 100 countries, and is the number one choice for professionals who work in tactical industries ranging from law enforcement to healthcare and more.

Why Do Magnum Boots Work Well With Orthotic Solutions

First and foremost, Magnum footwear HAS to be orthotic friendly because they’re made for workers who endure brutal and dangerous situations. Even though they’re used to rough conditions, their feet have to be comfortable for their safety and endurance.

That’s why you’ll be hard-pressed to find Magnum boots that lack orthotic-friendly features. In other words, they’re in the business of making comfortable shoes for men and women, especially those who work in risky occupations. With that said, here’s a look at some of these features.

In addition to these more advanced features, Magnum footwear contains orthotic friendly solutions such as removable lining. This makes it possible for users to insert their own custom-made orthotics if needed. Also, Magnum footwear offers resistance to dozens of hazards present at high-risk jobs including water, electrical, puncture resistance and much more.

We don’t need to spend too much time on Magnum footwear design because you’re going to see one style prevail for the most part - mid to high-cut boots. That’s their specialty, their bread-and-butter. They design such boots fantastically, of course.

You’re not going to find very colourful offerings here, and that’s okay because they’re not trying to impress fashionistas. With that said, their boots look sturdy and rugged yet clean and minimalistic in terms of patterns and colour. You wouldn’t wear them to a party, but they look great and complement uniforms, scrubs and other “industrial” apparel very well.

Magnum - An Orthotic Friendly Shoe Built for the Front Line

Magnum footwear has built its reputation on providing tactical gear for workers who deal with emergencies or heavy-duty conditions. But the company has succeeded not only in responding to their needs but also, for the fact they make comfortable shoes for men and women who put their lives at risk.

If you are among this crowd, Magnum has got your back (and feet) covered, especially if you also are prone to foot troubles and pain. You deserve the best in foot protection and comfort, and Magnum delivers both.

Are you a frontline worker who needs a blend of foot protection and comfort under tough conditions? Get in touch with us so we can help you find the best orthotic solutions for you.