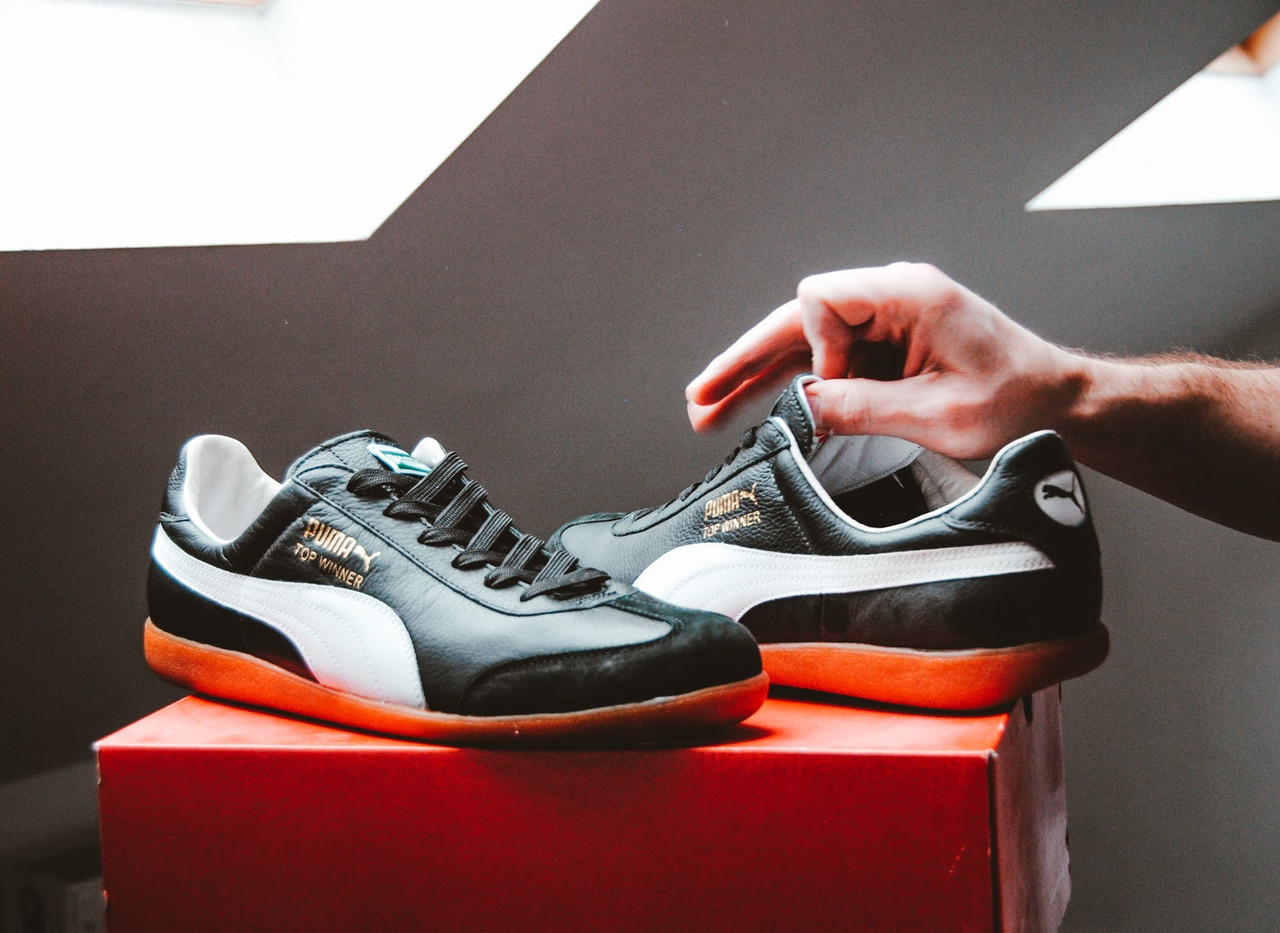 This German shoe company is an excellent choice for not only fashion but comfort and support.

Back in the day, fashionable shoes that were comfortable and offered good arch support were few and far between.

But today, there are many brands and styles available that offer these benefits. One such notable brand is PUMA.

The History of PUMA

In 1919, they started their factory in their parents’ basement and didn’t move into a proper facility until 1924.

Then, the unthinkable happened.

In 1928, most German athletes started to wear Dassler shoes during the Olympic Summer Games in Amsterdam. In 1936, an athlete named Jesse Owens was able to win four gold medals at the Olympic Games hosted in Berlin, all while wearing Dassler spikes.

Unfortunately, in 1948, the two brothers had a falling out, which resulted in their split. Rudolf moved into a facility by himself and founded his own company in June, called “Sportschuhfabrik Rudolf Dassler (RUDA).” It wasn’t until October of that same year that the brand name PUMA was born.

Rudolf’s success with PUMA continued to grow, and in 1950 during Germany’s first post-war football match, the entire national team wore PUMA’s football boot, the “ATOM.” They won 1-0 against Switzerland and from that moment the history of sports and PUMA became one.

The Classic Style and Design of PUMA for Men and Women

PUMA is known for making sneakers that are functional, stylish and comfortable for men and women. PUMA’s vision is to produce high-quality footwear worn both as an athletic and casual shoe. The company continues to create shoes with this vision and continues to keep up with today’s trends.

In the late 60s, PUMA created their characteristic Suede Classic, which became the first celebrity-endorsed athletic shoe, paving the way for other famous shoe styles, like the ever-popular Air Jordans.

In the 70s, PUMA continued to stay on trend and adapt their shoe styles to those that were in fashion. PUMA suede classics also incorporated streetwear fashion, to which the company responded by producing a line of classic PUMAs in non-traditional colourways.

And in the 80s and 90s, PUMAs were again popularized among B-Boys and Hiphoppers as a classic street shoe, making the Suede Classic more popular than ever. In present-day society, the PUMA Suede Classic is still a top-selling shoe and continues to be endorsed by celebrities like Rihanna, who eventually became a PUMA brand ambassador.

PUMA uses their patented ArchTec mechanism, made to mimic the natural movements of the feet. It comes especially handy when the foot moves improperly, which is prone to injury; ArchTec helps stabilize the foot and prevent it.

Each pair of PUMAs always feature cushioning for comfort and fit, which makes them the perfect choice for orthotic shoes for men or women, and even for kids.

Here are a few of our favourite PUMA sneakers for orthotic solutions:

If you’re a runner, you’ll want to take a look at the Speed 600 S IGNITE. Designed to be lightweight while still offering cushioning and stability to the wearer, it features four of PUMA’s patented technologies to help you run faster. These include:

For kids, the PUMA Kids Adreno III Soccer cleat will stand out on the field with its bright colours while also providing your little athlete with comfort. Features include:

The Pacer Next FS Knit

If you’re looking for a shoe that performs at the sport-level but has a more casual look, then the PUMA Pacer Next FS Knit is a great option.

If you’re looking for the best orthotic shoes or simply want a pair of comfortable shoes that last, take a look at our line of PUMAs. At Orthotics Direct, PUMAs combined with custom orthotic inserts will make you feel like you are walking on clouds.

Check out combination packages of fashionable, high-quality orthotic running shoes for both women and men and our custom orthotics explicitly designed to give you the perfect fit.