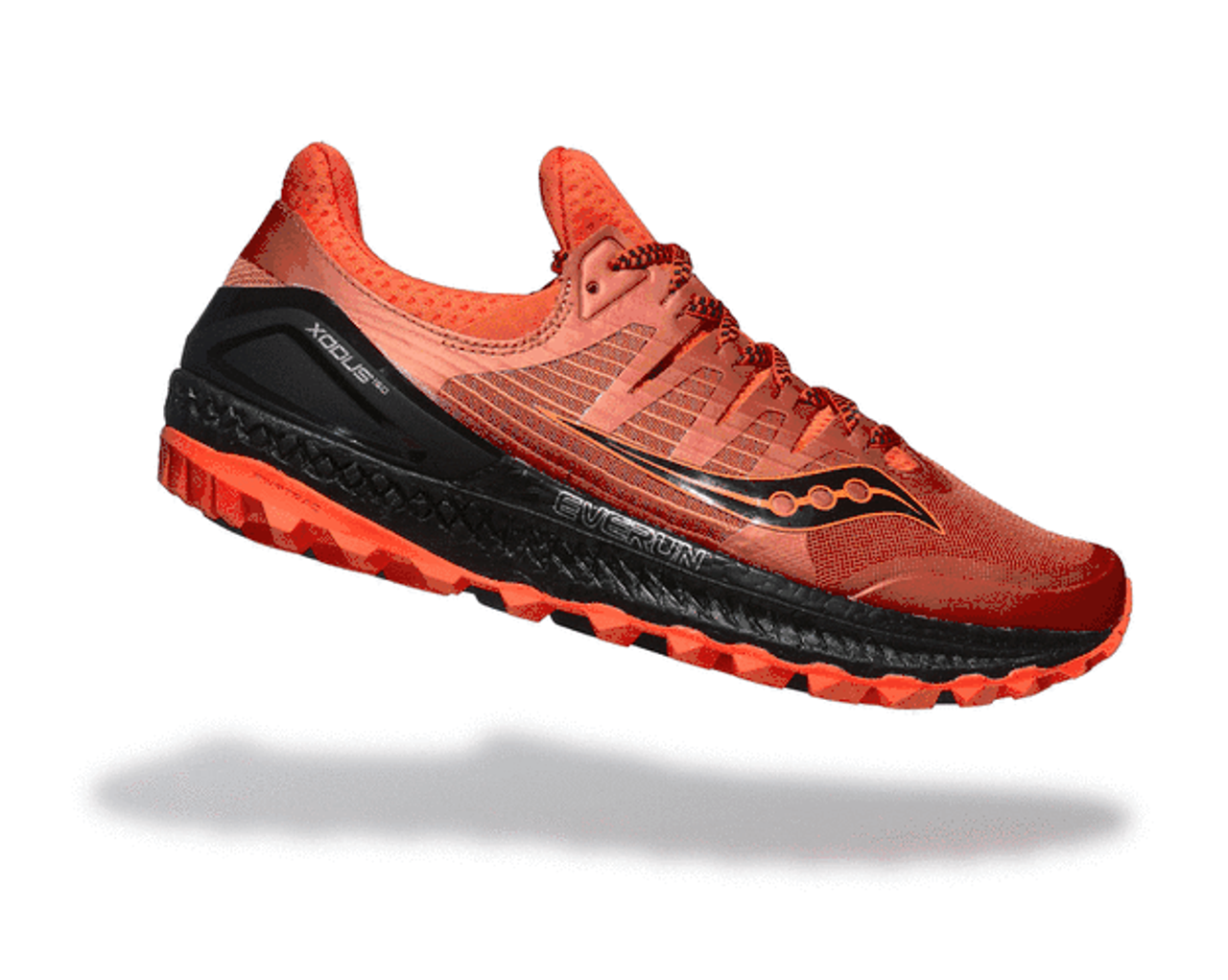 What are the top five brands that come to mind when you think about footwear and sports gear?

Saucony is a North American manufacturer of footwear and sports apparel, crafting innovative sneakers since the late 19th century.

They’ve made a name for themselves not only because of their name’s pronunciation - it’s pronounced “sock-a-knee” - but also due to their ergonomic design for runners and orthotic patients.

On that last point, you should consider a pair of Saucony sneakers if you need orthotic solutions or just an orthotic-friendly shoe.

History of the Saucony Brand

Four businessmen founded Saucony in 1898 in Kutztown, Pennsylvania, along the banks of the Saucony Creek (from which the company gets its name). Saucony originates from Native American languages, which loosely translates to “mouth of the creek or river.”

Initially, the company began producing and selling children’s footwear before expanding into the adult men and women market. But its “start” wouldn’t end there.

Paths crossed over the decades, and Hyde purchased Saucony in the late 1960s, moving it to Cambridge.

Towards the end of the 80s, Saucony became Hyde’s top brand, and eventually, the parent company traded the name with its adoptee - Hyde was officially named Saucony.

Fast forward to the 2000s, Saucony was acquired by the Stride Rite Corporation for a price tag of $170 million. Stride was acquired by Payless ShoeSource two years later in 2007 for $800 million.

Saucony’s focus has remained consistent - the company produces groundbreaking racing shoes and gear for track and field athletics, many of which have orthotic benefits.

It’s important to remind you that Saucony is not an orthotic brand per se - they’re an athletic footwear company. With that said, their technology has put them in the business of making comfortable shoes for men and women.

By extension, this has made their shoes great options for those who require orthotic solutions.

For example, they employ a wide range of technological features in their sneakers, including carbon fibre plating (for power transfer) and responsive cushioning, among others. The grid technology they employed for stability and cushioning was the first of its kind and gave runners an alternative to uncomfortable solutions to pronation.

Although much of their output is racing and running shoes, they’ve also designed comfortable shoes for men and women for general walking. Many of Saucony’s products accommodate arch type and pronation, two necessary considerations for effective orthotic treatment.

More recently, Saucony shoe models have come with removable insoles, which you can easily pull out of the shoe. This frees up room in the sneaker so that you can insert custom orthotic solutions in most sizes.

Comfortable Shoes for Women and Orthotic Shoes for Men

Here at Orthotics Direct, we offer Saucony shoe models such as:

Saucony has stayed true to its roots since its start over 120 years ago.

The shape of Saucony shoes has remained relatively consistent. Colours and patterns have become bolder and more experimental, and they’ve added fancy flourishes such as glow-in-the-dark materials and nylon panel designs for some models.

However, the form of the sneakers from today looks similar to those made in the beginning. The company has always focused on making the most lightweight and responsive shoes possible, and that hasn’t changed either. What has changed is the technology they use to make their sneakers so well suited for running and comfortable walking. In other words, it continues to improve.

For example, cross trainers were always bulky and suited for athletics, but not running. Saucony released their Crossport sneaker in 1989, a runner-focused cross trainer that provided adequate support but was still lightweight enough for running.

The company’s continuous innovation and dedication to ergonomics are reasons why they’re a reliable maker of comfortable shoes for men and women.

Saucony: A Name to Remember for Men and Women’s Orthotic Shoes

For well over a century, Saucony combined intuitive design and technology to produce shoes that can make running, racing and walking less burdensome. Their features are highly compatible with those who need orthotic support, and we recommend them for that purpose.

Do you suffer from foot pain, heel pain, plantar fasciitis or a number of injuries that are common but fixable? The correct running and walking shoes paired with custom made orthotics can be the perfect solution to minimize foot pain.

Saucony is a name to remember for its reputation for making comfortable shoes for men and women. Whether you need a casual shoe, arch support, or just sneakers that are comfortable and supportive, Saucony is the brand to pick!

Need help finding the right advice on orthotic support? Shop with us folks at Orthotics Direct today and find your next pair of trustworthy Saucony shoes with us!