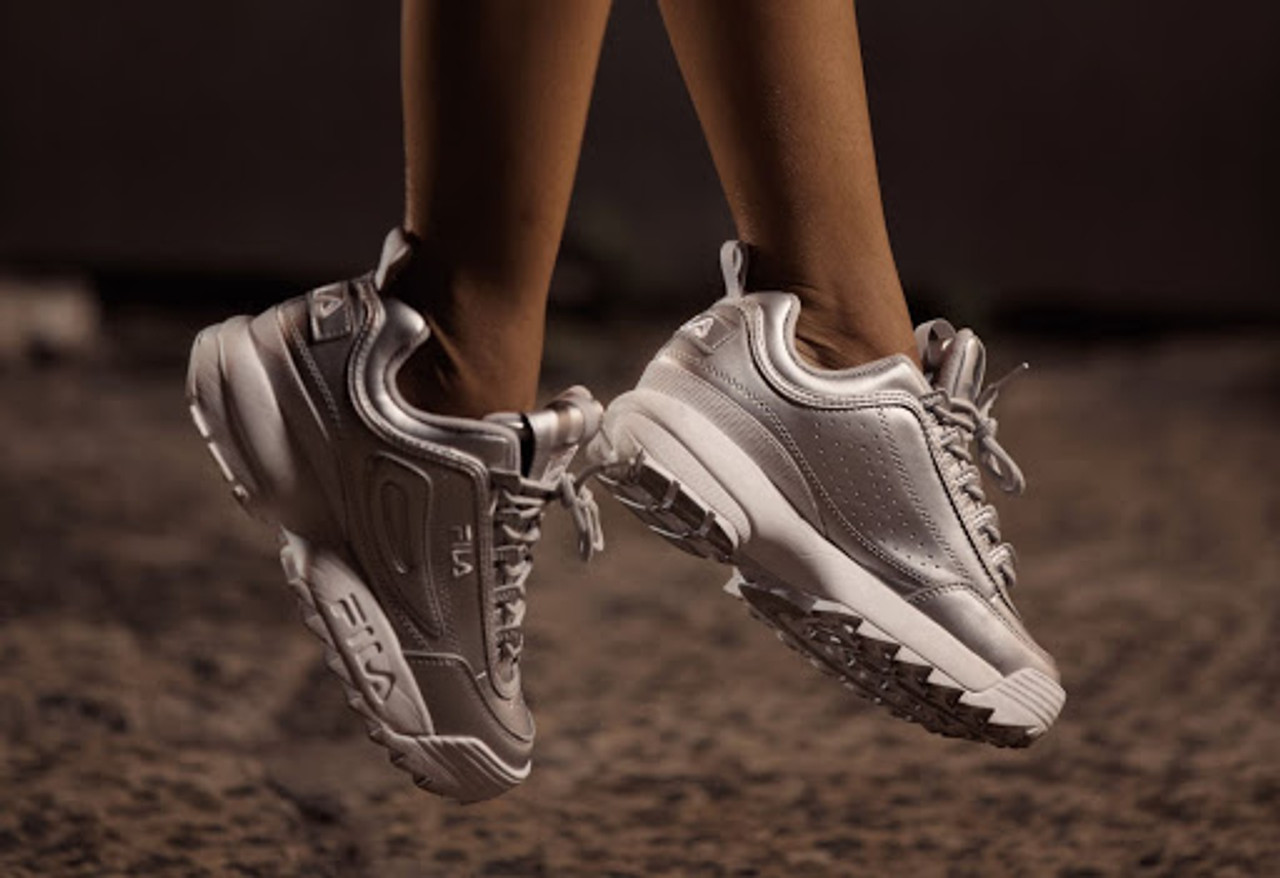 Of course, its wave died down, and the brand’s flame didn’t burn as long as other mainstays such as Nike and Adidas. Fila made a big comeback and proved to be a reliable choice for people from all walks of life.

The Interesting History of Fila

Fila is one of the oldest modern footwear brands out there, boasting a lifespan that surpasses more “en vogue” brands such as Nike. It wasn’t some random “alternative” brand that emerged in response to the more popular ones. Just take a look at its history.

Fila’s spotlight did fade a little during the 2000s, but it returned to the mainstream scene around the mid-2010s. Besides its fashion and sporting relevance, Fila has some advantages for ergonomic and orthotic-related foot pain.

Fila won hearts thanks to its clean design, but it has flown under the radar for its ergonomic sensibilities. Nevertheless, Fila sneakers make great orthotic-friendly shoes for men and women, and they’re comfortable as well. Let’s examine why.

Why Fila Shoes Makes Comfortable Shoes for Women and Men

Orthotic Shoes for Men and Women: The Classic Style and Design of Fila Shoes

The design of Fila shoes can be described as a clean aesthetic, one that’s free of embellishments and ornate designs. That doesn’t mean “plain,” however.

Although earlier, classic Fila shoes were bare-bones - often featuring the blue and red F-box logo - the designs have grown more sophisticated over the years.

Over the years, Fila has released various models that were hi-tops, velcroed, and multi-coloured. In terms of ergonomic design, the company has always emphasized performance and design, hence, their abundance of flexible shoes.

Fila is an intelligent choice in terms of comfort. The flexible design of Fila shoes allows for natural foot movement that supports healthy arches and makes it easy to add orthotic solutions.

Whether you work through a number of injuries, such as heel pain, plantar fasciitis, or just need a casual shoe for running or walking, shoes of every brand and calibre are what you can expect with us.

Need help finding the right advice on orthotic support? Shop with us today and find the perfect fashion-forward shoe that also enables maximum comfort and support, no matter how you move throughout your day! We folks at Orthotics Direct know custom orthotics.